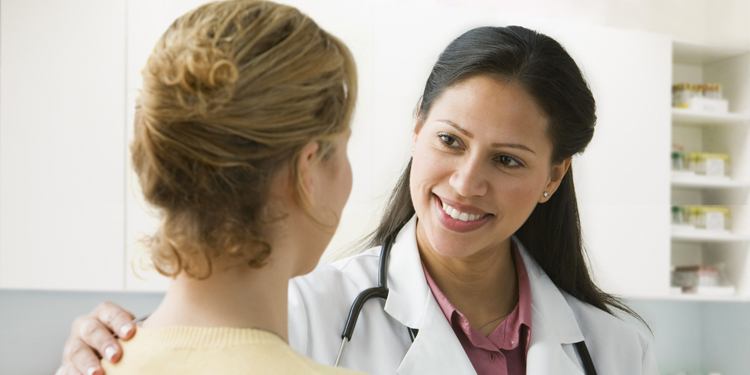 Ovarian cancer is a growth of abnormal malignant cells that begins in the ovaries (women’s reproductive glands that produce ova). Cancer that spreads to the ovaries but originates at another site is not considered ovarian cancer.

At UCLA, women with ovarian cancer are provided comprehensive care through the Gynecologic Oncology Service, a part of the Division of Obstetrics & Gynecology at UCLA Health System.

Ovarian cancer begins in a woman’s ovaries which are part of the female reproductive system and are located on each side of the uterus in the pelvis. They are almond shaped and about one and a half inches long.

Ovaries are the primary source of women’s sex hormones estrogen and progesterone. These hormones influence breast growth, body shape, and body hair, and regulate the menstrual cycle and pregnancy. Every month, during ovulation, an egg is released from an ovary and travels to the uterus through a structure called the fallopian tube. During menopause, the ovaries stop releasing eggs and producing sex hormones.

Despite a lot of research over the last decades, it is still unknown how ovarian cancer develops. Ovarian cancer begins when cells in an ovary begin to change, grow uncontrollably, and eventually form a tumor. Tumors can be benign (noncancerous) or malignant (cancerous). Removing the affected ovary or the part of the ovary where the tumor is located can successfully treat benign ovarian tumors.