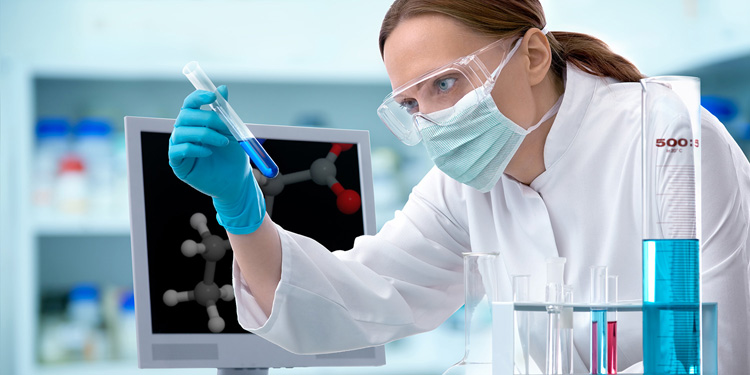 Adjuvant Chemotherapy (ad´ju-vant kee mo-ther´a-pee)
One or more anticancer drugs used in combination with surgery or radiation therapy as part of the treatment of cancer. Adjuvant usually means "in addition to" initial treatment.

Antibody (an´ti-bod-ee)
A protein produced by a plasma cell in the lymphatic system or bone marrow. An antibody binds to the specific antigen that has stimulated the immune system. Once bound, the antigen can be destroyed by other cells of the immune system. See Immune System

Antigen (an´tijen)
A substance, foreign to the body, that stimulates the production of antibodies by the immune system. Antigens include foreign proteins, bacteria, viruses, pollen and other materials.

Biological Therapy
Use of biologicals (substances produced by our own cells) or biological response modifiers (substances that affect the patient´s defense systems) in the treatment of cancer.

Blood Count
Measurement of the number of red cells, white cells and platelets in a sample of blood.

Cancer (kan´ser)
A general term for more than 100 diseases characterized by abnormal and uncontrolled growth of cells. The resulting mass, or tumor, can invade and destroy surrounding normal tissues. Cancer cells from the tumor can spread through the blood or lymph fluid to start new cancers in other parts of the body.

Clinical Trial
The systematic investigation of the effects of materials or methods, according to a formal study plan and generally in a group of people with a particular disease or class of diseases. In cancer research, a clinical trial generally refers to the evaluation of treatment methods, such as surgery, drugs or radiation techniques, although methods of prevention, detection or diagnosis also may be the subject of such studies.

Combination Therapy (ther´a-pee)
The use of two or more modes of treatment, such as surgery, radiotherapy, chemotherapy and immunotherapy, in combination, alternately, or together to achieve optimum results against cancer.

Double-Blind
Characteristic of a controlled experiment in which neither the patient nor the attending physician knows whether the patient is getting one or another drug or dose. In single-blind studies, patients do not know which of several treatments they are receiving, thus preventing personal bias from influencing their reactions and study results. In either case, the treatment can be quickly identified, if necessary, by a special code.

Hormone
Chemical product of the endocrine glands of the body, which, when secreted into body fluids, has a specific effect on other organs.

Immune System
A complex network of organs, cells and specialized substances distributed throughout the body that defends against foreign invaders that cause infection or disease.

Informed Consent
The process in which a patient learns about and understands the purpose and aspects of a clinical trial and then agrees to participate. Of course, a patient may decline to participate. This process includes a document defining how much a patient must know about the potential benefits and risks of therapy before being able to agree to undergo it knowledgeably. (Informed consent is required by federally conducted, funded or regulated studies as well as by many state laws.) If a patient signs an informed consent form and enters a trial, he or she is still free to leave the trial at any time, and can receive other available medical care.

Interferon (in-tur-feer´on)
A protein substance produced by white blood cells and other types of cells that have been exposed to certain viruses. In test animals, interferon has shown some activity against tumors. Studies of its usefulness in treating some types of human cancer are underway. One of a number of new agents available as biological therapy.

Investigational New Drug
A drug allowed by the Food and Drug Administration (FDA) to be used in clinical trials but not approved by the FDA for commercial marketing.

Investigator
An experienced clinical researcher who prepares a protocol or treatment plan and implements it with patients.

Metastasis (me-tas´ta-sis)
The transfer of disease from one part of the body to another. In cancer, metastasis is the migration of cancer cells from the original tumor site through the blood and lymph vessels to produce cancers in other tissues. Metastasis also is the term used for a secondary cancer growing at a distant body site.

Metastatic Cancer (met-a-stat´ik)
Cancer that has spread from its original site to one or more additional body sites.

Monoclonal Antibodies (mon-o-klone´ al an´ti-bod-eez)
One of several substances used in biological therapy. These antibodies, all exactly alike, are mass-produced and designed to target cancer cells. Monoclonal antibodies are products of scientific techniques and may prove useful in both cancer diagnosis and treatment.

Multimodality Therapy (mul´ti-mo-dal´i-tee ther´a-pee)
The combined use of more than one method of treatment; for example, surgery and chemotherapy.

Oncologist (on-kol´ojist)
A physician who is a cancer specialist.

PDQ:
A computerized database and website supported by the National Cancer Institute that is available to physicians and patients nationwide. It offers the latest information on standard treatments and ongoing clinical trials for each type and stage of cancer.

Placebo (pla-see´bo)
An inactive substance resembling a medication, given for psychological effect or as a control in evaluating a medicine believed to be active. It is usually a tablet, capsule or injection that contains a harmless substance but appears to be the same as the medicine being tested. A placebo may be compared with a new drug when it isn't yet known if the drug is an effective treatment.

Protocol (pro´to-kol)
The outline or plan for use of an experimental procedure or experimental treatment, often in a clinical trial.

Radiosensitizers (ray´dee-o-sen-si-ty´zers)
Drugs being studied to try to boost the effect of radiation therapy.

Randomized Clinical Trials (ran duh´mized)
A study in which patients with similar traits, such as extent of disease, are chosen or selected by chance to be placed in separate groups that are comparing different treatments. Because irrelevant factors or preferences do not influence the distribution of patients, the treatment groups can be considered comparable and results of the different treatments used in different groups can be compared. (There is no way at the time for the researchers to know which of the treatments is best. It is the patient´s choice to be in a randomized trial or not.) See also "Clinical Trial" above.

Regression (ree-gresh´un)
The state of growing smaller or disappearing; used to describe the shrinkage or disappearance of a cancer.

Remission (ree-mish´un)
The decrease or disappearance of the evidence of a disease; also, the time period during which this occurs.

Risk/Benefit Ratio
The relation between the risks and benefits of a given treatment or procedure. Institutional Review Boards (IRBs), located where the study is to take place, determine when the risks in a study are reasonable with respect to the potential benefits. It is also up to the patient to decide if it is reasonable for him or her to take part in a study.

Side Effect
A secondary and usually adverse effect, as from a drug or other treatment. For example, nausea is a side effect of some anticancer drugs.

Staging
Methods used to establish the extent of a patient´s disease.

Standard Treatment
A treatment or other intervention currently being used and considered to be of proven effectiveness on the basis of past studies.

Study Arm
Patients in clinical trials are assigned to one part or segment of a study—a "study arm." One study arm receives a different treatment from another.