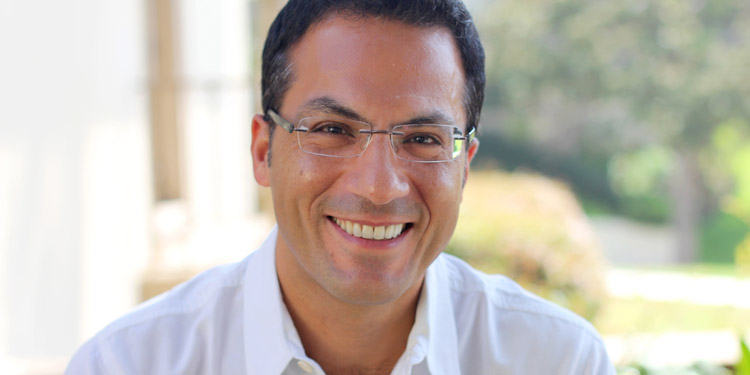 It was a long and sometimes treacherous road that brought Dr. Siavash Kurdistani from his native Iran to his research lab at UCLA’s Jonsson Cancer Center.

Born in Tehran, Kurdistani’s childhood and adolescence coincided with the 1979 revolution and the eight-year war with Iraq that followed. The ensuing social and political turmoil and the discrimination against religious minorities severely limited his chances for higher education, a long-held dream. Unable to finish high school, Kurdistani was forced to escape Iran at 17 because religious minorities weren’t permitted to emigrate. Over 10 grueling days, and with the assistance of smugglers, Kurdistani traveled by car and then hiked over mountains to reach Pakistan. He had little food to fuel him during the strenuous trip and he’d lost 15 pounds by the time he reached freedom.

“The trip from Iran to Pakistan was the biggest event of my life,” said Kurdistani, now 37. “I left as a boy and, 10 days later, I had become a man.”

Kurdistani spent three days in a Pakistani jail because he had entered the country illegally. Using bribes, the smugglers were able to free him. In search of a better life, the teenager went to the United Nations office in Pakistan and was designated a refugee. He relocated to Austria and, after eight months, he moved to New York City.

Living with a cousin in a tiny apartment next to an elevated subway track in Brooklyn, Kurdistani studied hard and rapidly progressed through his English as a second language courses and graduated from high school.

Kurdistani has been incredibly successful at UCLA. In February, he received a seed grant from the California Institute for Regenerative Medicine to conduct embryonic stem cell research. His grant application received the highest score of any UCLA applicant. He has also received funding from the American Cancer Society and more recently, the Beckman Young Investigator Scholar Award, to conduct his cancer research.

Kurdistani’s research focus is on epigenetics, the study of inherited information other than that encoded in DNA. Specifically, he studies chemical modifications of proteins called histones.

In a cell nucleus, DNA—an organism’s unique map or instructions—wraps around the histone proteins, which serve as a kind of scaffolding for compaction of the long DNA molecule. The complex of DNA and histones is called chromatin. Histone modifications are important because they regulate such processes as gene regulation, DNA repair or other cellular processes that have to do with DNA.