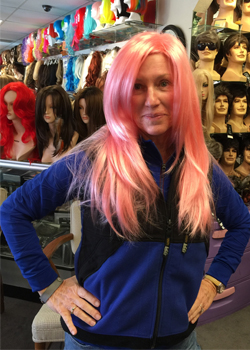 I can clearly remember the exact moment I was told I had cervical cancer on June 10, 2011. My gynecologist had seen me the day before, on a Thursday afternoon. I had made the appointment because of my ongoing concern that something was clearly wrong with me. I had seen two different gynecologists at two prior appointments over the previous 7 months with the same unceasing complaints typical of cervical cancer – unusual bleeding, discharge and discomfort. During each appointment I was reassured that everything was fine. My HPV Pap tests were normal. Both gynecologists said my symptoms were likely related to menopause. But on that day in the exam room my doctor said that things did not look good – that she suspected cervical cancer. She was going to call in a favor from a pathologist friend of hers to expedite the results of the tissue sample that she had just obtained with the hope that results would be available before the weekend.

The next afternoon I was alone in my car driving home from an errand when my cell phone rang. I couldn’t see who was calling, but I answered on my Blue Tooth. Fortunately, I wasn’t on the freeway. My gynecologist is a very straightforward person and as soon as I said “hello” she blurted out, “I just received the results of your test.  It’s cancer!”  Even though I had known something was wrong, it was still a gut punch to hear those words spoken. Nothing can truly prepare you for it, no matter where you are at the time. My doctor continued talking but nothing that she was saying was registering with me…my mind had gone completely blank, and I was still trying to maintain a semblance of control over an automobile. I had just enough sense, however, to ask her to stop talking for a moment so I could pull my car into a nearby parking lot and listen to what she was trying to tell me. I told her I needed to write things down.

“Oh, my God, she exclaimed! You’re driving? I thought this was your home phone! Is anyone with you?” She was truly mortified. I pulled over and we discussed my next course of action. Then I drove home and told my husband the devastating news; we cried together. It felt surreal. I was 57 years old. 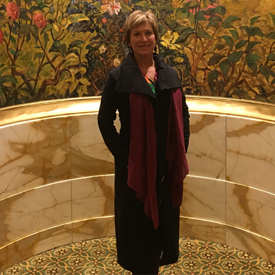 I have always been a very health-conscious person.  I am a Registered Dietitian by trade. I ate nutritiously, exercised regularly, and lived an overall healthy lifestyle. Although I had been diagnosed with a high risk form of HPV a couple of decades beforehand, I was diligent about getting my HPV Pap Test every 6 months. Sometimes it came back positive…sometimes it came back negative. I had several pre-cancers removed over the years. I just assumed that my doctors would keep things in check – that if I did my end, they would do theirs. But somewhere, somehow, something went wrong. There were several theories bantered about as to how the cervical cancer could have grown undetected. But it really didn’t matter to me at that point. I needed to move it all forward and deal with the reality of making the right medical decision to treat my adenocarcinoma of the cervix.

I had a radical hysterectomy in July, 2011, followed by internal radiation (brachytherapy) a few months later. I opted out of chemotherapy after consulting with 3 different gynecologists – all of whom had varying opinions about what treatment I should pursue. I was Stage IB2, no lymph node involvement, clean margins. Metastasis was considered highly unlikely. Other than some significant gastrointestinal issues that initially occurred post treatment, I was able to get back to a normal lifestyle and feel pretty good. I assumed the worst was over until I found out otherwise. I never imagined I would be dealing with metastatic cancer.

Presently, cervical cancer does not have a tumor marker. The only way to detect it anywhere in your system is by undergoing a CT scan which I did every 6 months after my initial diagnosis. In March, 2013--almost 2 years after my hysterectomy– small black spots appeared on my lungs and metastasis was suspected. The multiple, bilateral nodules were too small to biopsy, however, so my doctors and I continued to keep our eye on them. Adenocarcinoma is normally very fast growing and various medical experts suspected that the next CT scan in 6 months would provide some answers. But the spots never grew or changed until July of 2015 – over 2 years later. A lung needle biopsy revealed that my cervical cancer had metastasized after all. I was now Stage IV-B. The fight for my life began anew.

I was told that metastatic cervical cancer is considered to be incurable and that chemotherapy could buy me some time – generally 4 to 6 extra months. Simultaneously, there was a lot of news being disseminated about immunotherapy and how it was helping so many people with various types of cancers. Naively, I went searching for a Clinical Trial even though none were open to patients in my situation at that time. I soon found out that I could not be included in any such studies until I had “failed at chemotherapy”. So my next course of treatment was decided by default.

I started chemotherapy in November of 2015. I received Paclitaxel and Avastin on Day 1 and Cisplatin on Day 2. This would be my treatment routine every 3 weeks for 6 cycles. My last dose was on March 1, 2016. I was completely bald but it was a Hallelujah moment!

I had responded well to chemotherapy…not everyone does. My lung nodules shrank considerably in size and number, but never disappeared entirely. Complete remission was eluding me, but I was still alive and able to attend my son’s wedding in May of that year. Then something fortuitous accidentally happened to me… 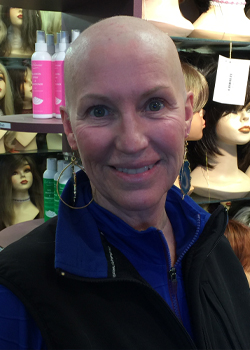 One day, while changing my clothes in a gym locker room, a woman I didn’t know started chatting with me about cancer. My bald head had given me away! Her husband had undergone cancer treatments a couple of years prior so she was very sympathetic to my situation. Our conversation was brief that day and we didn’t even exchange names. A couple of months later, I ran into her again. This time we did exchange names and she asked what type of cancer I was dealing with and my prognosis. She was visibly stunned when I told her I was Stage IVB and didn’t really have a “next step” lined up since I hadn’t yet found any options available to me. She stated, “You need to meet my husband!” and I followed this kind stranger outside to be introduced to him. My two new acquaintances emphasized the importance of being aggressive when looking for treatment options. They told me to be proactive and not wait for the medical establishment to come to me. Instead, I must be the driver of my own destiny and work hard and take responsibility for making the next steps happen myself. They offered to help me find an oncologist who could possibly provide me with a better outcome. This kind cancer survivor connected me to some people he knew at the UCLA Jonsson Comprehensive Cancer Center where he had received his treatment and I was eventually directed to my present oncologist, Dr. Gottfried Konecny, my amazing gift from networking! Never underestimate the possible results that can occur from a casual, friendly chat from generous strangers!

Becoming Dr. Konecny’s patient right then was indeed a blessing as my next CT scan showed my lung nodules were beginning to grow & multiply again. I was placed on immune therapy and received my first infusion on January 17, 2017.

Since that date, I have been involved in 3 additional Immunotherapy-based Clinical Trials, but none of the drugs were effective in shrinking my tumors. My options are now quite limited. Nonetheless, this October 2019, I hope to try another immune therapy drug “off trial.” Maybe it will prove to be the one that works!

I am grateful for the many unique medical opportunities I have experienced at UCLA under the guidance of Dr Konecny and I remain hopeful for a positive outcome in the near future. 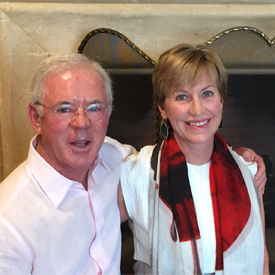 Thanks to support from the Jonsson Comprehensive Cancer Center at UCLA, I am working toward helping others with a similar diagnosis. My husband, Gary, and I have funded the start-up of cervical cancer research at the UCLA Translational Oncology Research Lab through the Jonsson Cancer Center Foundation, and we continue to be involved in fundraising efforts toward this cause. I am honored to be able to support such an amazing team of researchers in their quest to find a cure for this disease. It is truly a blessing to have this unique opportunity to possibly make a difference someday in the lives of so many women with cervical cancer. I have been humbled by the incredible support I have received throughout my cancer journey from so many people, in so many ways. I hope to pay it forward.

Over 250,000 women will die from cervical cancer this year, and 500,000 more women around the world will be diagnosed with the disease. Please support them by contributing to the Debi & Gary Fournier Cervical Cancer Research Fund today.

A cure IS possible! Your donation will help us to achieve this goal.