U.S. Food & Drug Administration recommendation also greatly expands use of the treatment for more people with the disease 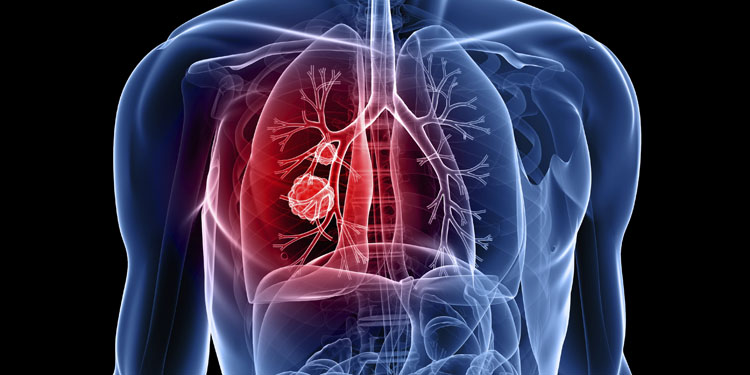 Pembrolizumab, an immunotherapy drug that was extensively evaluated by UCLA cancer researcher Dr. Edward Garon, has been approved by the U.S. Food & Drug Administration as first-line treatment for non-small cell lung cancer (NSCLC). The first-line designation means that some patients will have access to the drug without first having to receive other treatments such as chemotherapy.

The FDA also expanded the approval of pembrolizumab to treat the majority of people with NSCLC who had received prior chemotherapy, greatly increasing the patient population that can benefit from the treatment.

“It is exciting to have an expanded group of patients who are now eligible for this drug,” said Garon, whose clinical studies helped lead to today’s FDA approval. “What is particularly encouraging is that we are now able to select, based on features in the tumor, approximately a quarter of advanced lung cancer patients who can receive immunotherapy as their initial treatment. This will allow them to live longer while delaying, and in some cases potentially avoiding, the side effects of traditional chemotherapy.”

Garon is a member of the UCLA Jonsson Comprehensive Cancer and an associate clinical professor of hematology and oncology.

Pembrolizumab, which is marketed under the brand name Keytruda, works by turning off the immune system’s brakes, allowing its T cells to recognize and attack cancer cells. It originally received accelerated approval by the FDA in 2015 as a treatment for NSCLC. Until today’s approval, however, the drug was only given to patients after prior chemotherapy who expressed a biomarker known as PD-L1 on at least half of their cancer cells. Now, patients with PD-L1 expression on at least half of their cancer cells can receive pembrolizumab prior to standard chemotherapy.

The idea to specifically study this group of patients was based on groundbreaking research Garon published in the New England Journal of Medicine last year, which found that among patients who received pembrolizumab, those with PD-L1 expression on at least 50 percent of their cancer cells showed the longest survival and disease control. Garon’s work laid the foundation for additional research, also recently published by the New England Journal of Medicine, that led the way for today’s approval.

Issued concurrently by the FDA today is a new label update for pembrolizumab, which can now be prescribed to patients who express PD-L1 on as few as one percent of their cancer cells if they have received prior chemotherapy. This recommendation is based on a separate study published in The Lancet, for which Garon was the senior author, showing longer survival than chemotherapy among patients with any positive staining for PD-L1.

Researchers are currently testing pembrolizumab to determine if it has the same result in other cancers, as well as trying to combine pembrolizumab with other therapies.

Lung cancer is the deadliest cancer worldwide and The American Lung Association estimates more than 158,000 people in the United States will die from the disease this year alone. NSCLC accounts for approximately 85 percent of all lung cancers.