New method could lead to better therapies for many deadly cancers 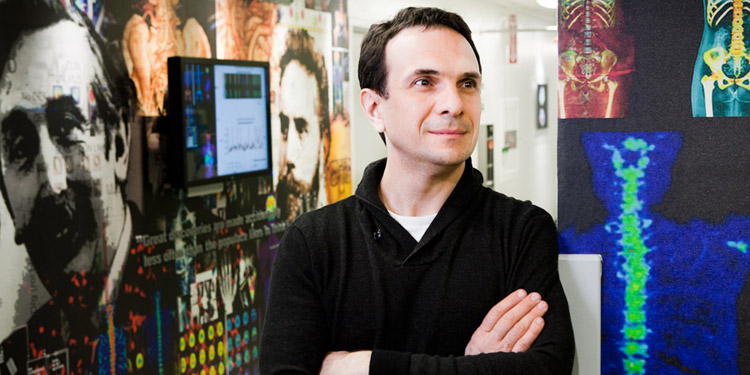 A promising new discovery by UCLA scientists could lead to a new method of identifying cancer patients that express high levels of an enzyme and are more likely to respond to cancer treatments.

Decades of significant advances and improvements in PET imaging technology have led to the detection of an enzyme in humans that plays a significant role in DNA formation, the building blocks of life. The enzyme, called deoxycytidine kinase (dCK), was previously found to be highly expressed in acute leukemia cells and in activated lymphocytes and controls a critical step in the nucleoside salvage pathway, an important therapeutic and PET imaging target in cancer.

The study will be published online March 28 in the journal Proceedings of the National Academy of Sciences of the United States of America.

In a seven-year study, a team of UCLA researchers led by Dr. Caius Radu, a UCLA Jonsson Comprehensive Cancer Center member and a professor in the Department of Molecular and Medical Pharmacology, developed a highly sophisticated PET probe called [18F]CFA that is capable of detecting dCK activity in humans for the first time.

"The quality of the images is much better," said Radu. "We are able to clearly see tissues, including tumor tissues, with high dCK activity that we haven't seen before in humans using any of the other probes previously developed for this enzyme."

Positron emission tomography (PET) is a noninvasive imaging technology that uses a radioactive substance, called PET probe, to look for disease in the body and it also shows how organs and tissues are functioning. Until recently, PET technology was only able to clearly detect dCK in mice due to metabolic instability of the previous probes and cross-reactivity with a dCK-related enzyme in humans.

The dCK enzyme plays an integral role in allowing drugs such as Clofarabine, Cytarabine and Fludarabine to treat certain types of leukemia and others like Gemcitabine to treat breast, ovarian, non-small cell lung and pancreatic cancers.

"This enzyme is essential for the therapeutic activity of an entire class of anticancer drugs and even for some antiviral drugs," said Radu, who is also a member of the UCLA Broad Stem Cell Research Center. "It can take an inactive drug and activate it. If you trick a cancer cell or virus to activate the drug, it would be toxic for the cancer cell or viral genome."

Since activated immune cells increase their expression of the dCK enzyme, [18F]CFA could also be used to monitor the effectiveness of immunotherapeutic interventions, said Radu.

The researchers hope to begin clinical trials with the [18F]CFA in the near future. He and his colleagues will eventually seek an approval by the U.S. Food & Drug Administration.