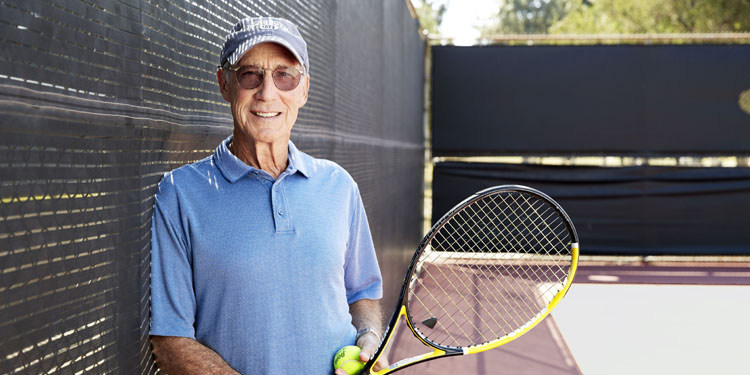 The U.S. Food and Drug Administration today approved a new immunotherapy drug to treat advanced melanoma, signaling a paradigm shift in the way the deadly skin cancer is treated.

The drug, Keytruda (pembrolizumab), was tested on more than 600 patients who had melanoma that had spread throughout their bodies. Because so many of the patients in the early testing showed significant long-lasting responses, the study was continued and the FDA granted the drug "breakthrough therapy" status, allowing it to be fast-tracked for approval.

The largest Phase 1 study in the history of oncology, the research was conducted at UCLA and 11 other sites in the U.S., Europe and Australia.

Keytruda, formerly known as MK-3475, is an antibody that targets a protein called PD-1 that is expressed by immune cells. The protein puts the immune system's brakes on, keeping its T cells from recognizing and attacking cancer cells, said Dr. Antoni Ribas, the study's principal investigator and a researcher at UCLA's Jonsson Comprehensive Cancer Center.

For many years, when using immunotherapy to fight cancer, doctors' strategy has been to bolster the immune system so it could kill the cancer cells. But the approach had limited success because PD-1 prevented the immune system from becoming active enough to attack the cancer.

Keytruda, in effect, cuts the brake lines, freeing up the immune system to attack the cancer.

"This drug is a game changer, a very significant advance in the treatment of melanoma," said Ribas, who also is a professor of medicine in the division of hematology-oncology at the David Geffen School of Medicine at UCLA. "For patients who have not responded to prior therapies, this drug now provides a very real chance to shrink their tumors and the hope of a lasting response to treatment."

Judith Gasson, director of the Jonsson Cancer Center and senior associate dean for research at the David Geffen School of Medicine at UCLA, said researchers have long hoped to develop an effective and lasting immunotherapy to fight cancer.

"We have long believed that harnessing the power of our own immune systems would dramatically alter cancer treatment," she said. "Based upon work conducted over the past two decades, we are beginning to see the clinical benefits of this research in some of the most challenging cancers."

Generally, about 1 in 10 patients responded to previous immunotherapy drugs. Some of those who responded, however, exhibited long-lived benefits, which sustained scientists' interest in the method as an effective mechanism to fight cancer.

The response and duration rates for Keytruda were much greater than for previous drugs, Ribas said. In the new study, 72 percent of patients responded to the drug, meaning that their tumors shrank to some degree. Overall, 34 percent of patients showed an objective response, meaning that their tumors shrank by more than 30 percent, and did not re-grow.

Ribas said Keytruda has the potential to be used to treat other cancers that the immune system can recognize, including cancers of the lung, bladder, head and neck.

Kathy Thomas, 59, of Torrance, California, was diagnosed in September 2011 with melanoma that had spread to her liver and was invading her left breast. She underwent several therapies that did not work, and she was weakening fast.

"I lost weight. I threw up nearly every day," Thomas said. "My hair was thinning. I just had no strength at all. I was so sick I had to use a wheelchair."

Thomas met with Ribas in 2012 but was skeptical about enrolling in a trial to test an experimental therapy. She soon overcame her hesitation.

"I decided I wanted to survive," she said. "I wasn't going to let this disease beat me."

Since enrolling in the study, Thomas' tumors have shrunk. She regained her strength and her appetite. She's out of her wheelchair and walking normally again. She said she has experienced no side effects from the therapy, and she travels monthly to San Francisco to visit her grandson.

"I just enjoy life now, really enjoy it," she said.

Tom Stutz, 74, of Sherman Oaks, California, was diagnosed in June 2011 with melanoma that had spread to his lung, liver and other parts of his body. He didn't see how he could survive, but he decided to enroll in the clinical trial of Keytruda anyway.

"It's the little things that make me happy now," Stutz said. "I'm very appreciative that I get to get up in the morning, go into my backyard and see my garden. I'm able to be with my children and grandchildren, go on vacations with them. I was close to the end of the road, as far as you can get to the edge of the cliff, and I was pulled back by this treatment."

Melanoma incidence rates have been increasing for at least 30 years. An estimated 76,100 new cases of melanoma will be diagnosed in the U.S. in 2014, and nearly 10,000 Americans will die from the disease this year. While melanoma accounts for less than 2 percent of all skin cancer cases, it is responsible for the vast majority of skin cancer deaths, according to the American Cancer Society.

For more information about Keytruda clinical trials at UCLA, members of the public are invited to call 888-798-0719.