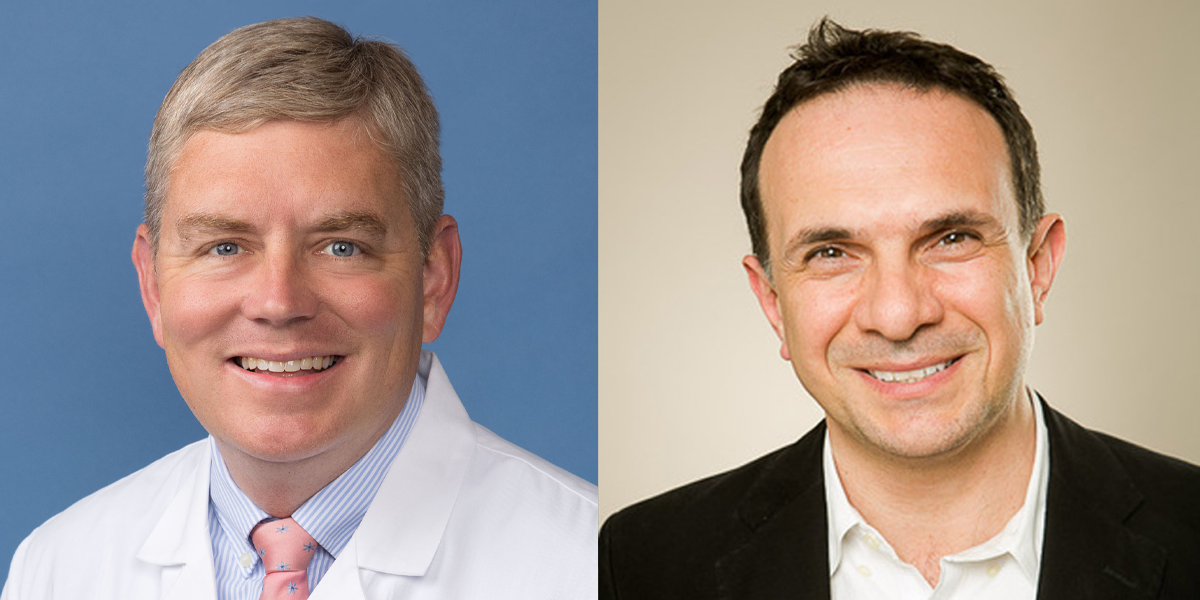 Research led by scientists at the UCLA Jonsson Comprehensive Cancer Center provides new insights into molecular “crosstalk” in pancreas cancer cells, identifying vulnerabilities that could provide a target for therapeutic drugs already being studied in several cancers. This interdisciplinary research was led by a team of JCCC investigators, Dr. Caius Radu, an expert in cancer cell metabolism, and Dr. Timothy Donahue, a pancreas cancer surgeon and an expert in pancreas cancer biology.

“Pancreatic ductal adenocarcinoma, which is highly resistant to current therapies, is expected to become the second most common cause of cancer-related deaths in the United States within this decade,” said senior author Caius Radu, MD, a researcher at the UCLA Jonsson Comprehensive Cancer Center and Professor in the Department of Molecular and Medical Pharmacology at UCLA. “Results of this study increase our understanding of the inflammatory microenvironment within these tumors and suggest targeted pharmacological strategies that could be employed to leverage this hallmark feature of pancreas cancer by current treatments.”

The preclinical research, using tumor cells from patients and cell line-derived xenograft tumors, was published online at Cell Reports. It centers on STING-driven type I interferon, an immune system signaling molecule that impairs cancer cell proliferation in lab studies but tends to have the opposite effect in clinical practice, where tumor cells adapt to them and often become resistant to treatment with radiation, chemotherapy and immune checkpoint blockade. Interferons are produced in immune and other cells, including some types of cancer cells.

“We determined that a subset of PDAC tumors exhibit an intrinsic interferon response that has not been modeled by standard cell culture conditions. Using several advanced techniques, we found that interferon signaling causes the tumor cells to rely on a specific signaling pathway for survival. However, if we inhibit a protein called ATR, which plays an important role in this signaling pathway, we can cause catastrophic damage to the cancer cells’ DNA and induce programmed cell death,” said Evan Abt, a postdoctoral researcher in Dr. Radu’s lab and co-first author of the article with Thuc Le, adjunct assistant professor in Molecular and Medical Pharmacology, and Amanda Dann, MD, a resident in surgery at the UCLA David Geffen School of Medicine.

Results suggest that new small molecule drugs that inhibit ATR and are being studied for treatment of several cancers, including PDAC, could be used in combination with interferon “amplification” to thwart the tumor cells’ ability to escape.

The researchers defined a series of molecular interactions leading to a cascade of intracellular events. Through its influence on several genes, interferon alters the metabolic processes supporting the foundation of the cancer cells’ DNA, reducing the supply of biochemical building blocks needed for the DNA to survive. To compensate, the cancer cells rely on a signaling pathway – the replication stress response signaling pathway – that can enable threatened DNA to survive, largely through the influence of ATR.

Dr. Donahue said one potential intervention deserving further exploration, according to results of the study, therapy that activates another signaling pathway, called STING.