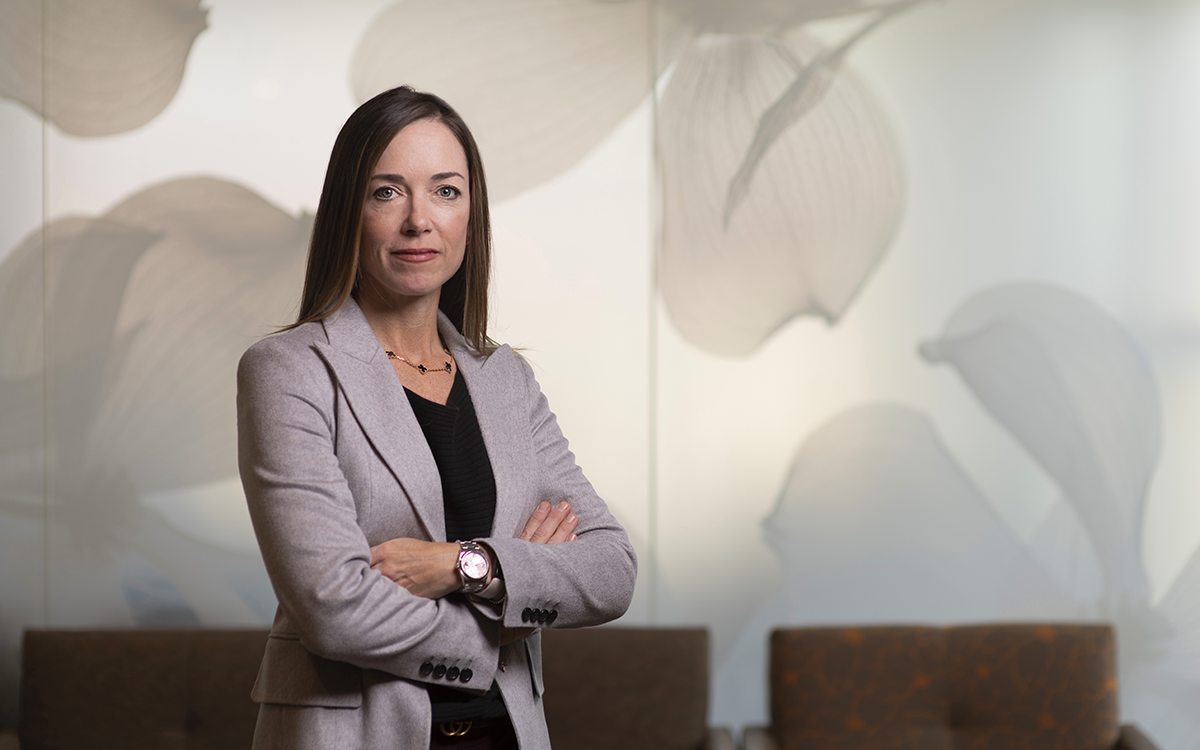 Although consistent PFS and ORR benefits were seen across various subgroups, the therapy appeared to be surprisingly effective in controlling intracranial tumors in patients who had stable brain metastases when they joined the study.

Confirmed objective response rate (for disease outside the brain) was more than three times higher in these patients with brain metastases who were treated with the study drug compared to those receiving standard treatment, according to the investigators, who are presenting their findings in a General Session presentation at the 2021 San Antonio Breast Cancer Symposium (SABCS). Median progression-free survival in patients with brain metastases was 15 months in the T-DXd treatment arm compared with three months in the standard treatment arm.

Moreover, the researchers said, confirmed responses and partial responses observed in the brain suggest the treatment is associated with substantial intracranial tumor response and reduction in central nervous system disease. Of 36 patients with brain metastases treated with T-DXd, 63.9% experienced a response in the brain, 10 of whom experienced a complete response. This compared favorably to the results in 36 patients with brain metastases treated with trastuzumab emtansine (T-DM1) (33.4% intracranial response and one complete response).

“The main goals in the treatment of HER2-positive metastatic breast cancer, including those with stable brain metastases, are to improve symptoms, stabilize or reduce the tumor size and improve overall survival,” said first author Dr. Sara Hurvitz, director of the Breast Cancer Clinical Research Program at the UCLA Jonsson Comprehensive Cancer Center. “The greater efficacy seen in DESTINY-Breast 03 in the subgroup of patients with stable brain metastases at baseline in this study are encouraging and may provide another potential option for patients who have experienced disease progression on currently available therapies.”

DESTINY-Breast03 is a phase III clinical trial evaluating T-DXd, a HER2-targeted monoclonal antibody that delivers high concentrations of chemotherapy directly to cancer cells that have the HER2 protein on their surface. Primary results from the study, reported in September, found that the treatment significantly prolonged progression-free survival when compared to standard treatment. “This data is nothing short of phenomenal and will be practice changing,” Hurvitz said at the time.

Up to 20% of breast cancers are classified as HER2 positive, meaning the tumor has extra copies of the gene for HER2 and too much HER2 protein on the cell surface, which causes the cancer to behave more aggressively, leading to worse outcomes, including a higher chance of metastasizing. The development of HER2-targeted treatments, such as trastuzumab, pertuzumab, and T-DM1, has greatly improved outcomes, but most patients with advanced disease will experience disease resistance and progression despite having these targeted therapies.

The first-line standard of care for patients with HER2-positive metastatic breast cancer is HER2 antibody therapy with pertuzumab/trastuzumab, plus chemotherapy. If the cancer progresses, standard care since 2013 has been to switch therapy to T-DM1, which is an antibody-drug conjugate comprised of trastuzumab and chemotherapy.

Primary results of the DESTINY-Breast03 study showed that T-DXd is significantly better than T-DM1 when used after a patient’s disease has progressed on trastuzumab and chemotherapy. Hurvitz said these data support T-DXd becoming the standard second-line therapy for metastatic disease, as recently recommended in new guidelines published by the National Comprehensive Cancer Network (NCCN). The U.S. Food and Drug Administration gave accelerated approval for the drug in 2019 for patients with unresectable or metastatic HER2-postive breast cancer who have received two or more prior HER2-based regimens in the metastatic setting.