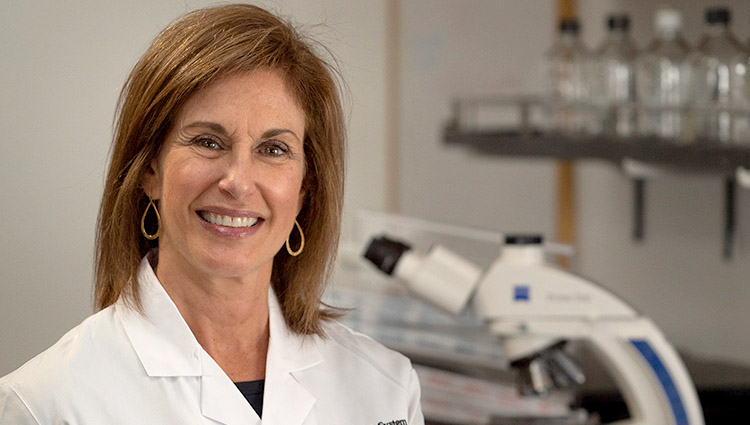 Internationally renowned physician-scientist Dr. Beth Karlan, professor of obstetrics and gynecology in the David Geffen School of Medicine at UCLA and director of cancer populations at the UCLA Jonsson Comprehensive Cancer Center, is being honored with the Lifetime Achievement Award from the International Gynecologic Cancer Society for her contributions to gynecologic cancer research and clinical practice.

The prestigious award is bestowed annually to individuals who have performed an outstanding service and accomplishment spanning their career in gynecologic oncology and have contributed significantly to improving women’s quality of life.

Karlan is being recognized for advancing the understanding of hereditary cancers and molecular drivers of ovarian cancer and her commitment in seeking better ways to prevent and eradicate deadly cancers.

“I am humbled by this recognition and especially honored to be receiving this award along with my esteemed colleagues from around the globe,” said Karlan, who is also the vice chair of Women’s Health Research in the department of obstetrics and gynecology. “Helping women with gynecologic malignancies to live longer and better lives has not only been my lifelong commitment, but this quest has also greatly enriched my own life.”

Karlan has spent her career treating women with gynecologic cancers and investigating pressing clinical and translational questions related to gynecologic malignancies. Her clinical practice is dedicated to delivering cutting-edge compassionate cancer care to women and their families.

In the laboratory, she has identified subtyped-specific biomarkers for early detection, prognostication and personalized therapies. She established a human tissue biorepository to collect fresh frozen tissue, serum, and germline DNA from women with ovarian and other gynecologic cancers in order to study cancers' biologic differences and develop improved treatments. This resource has been used in national and international collaborations including The Cancer Genome Atlas project, Consortium of Investigators of Modifiers of BRCA1/2 and Ovarian Cancer Association Consortium — partnerships that have helped to shape current standards of care for gynecologic oncology.

She is also active in studying inherited cancer risks due to genes like BRCA to better understand ovarian cancer etiology, improve prevention strategies and identify novel targets for prevention and treatment. She currently serves as co-PI on a national effort using a digital platform to implement population-based genetic testing for BRCA1 and BRCA2 mutations.

The award will be presented to Karlan at the International Gynecologic Cancer Society’s annual global meeting in Rome on Sept. 1.