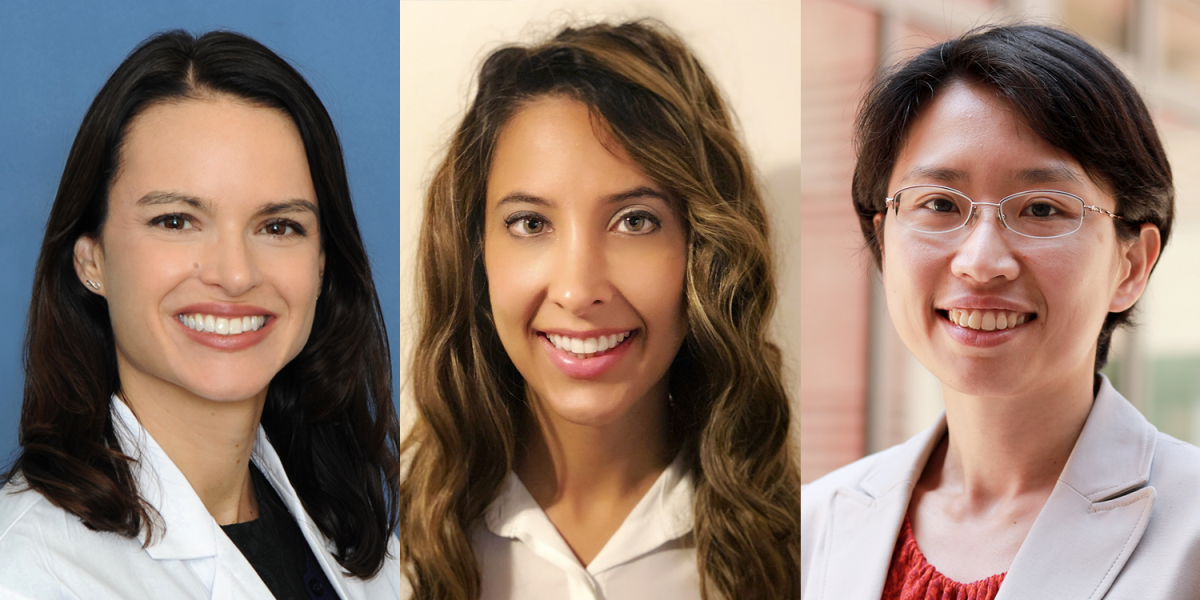 Early results from a new, pioneering chimeric antigen receptor (CAR) T cell immunotherapy trial led by researchers at the UCLA Jonsson Comprehensive Cancer Center found using a bilateral attack instead of the conventional single-target approach helps minimizes treatment resistance, resulting in long-lasting remission for people with non-Hodgkin's B-cell lymphoma that has come back or has not responded to treatment.

The new approach, which will be presented at the American Association for Cancer Research Annual Meeting during one of the clinical oral plenary sessions (ABSTRACT CT007), achieves a more robust defense and helps avoid relapse by simultaneously recognizing two targets – CD19 and CD20 – that are expressed on B-cell lymphoma.

In the small trial, four out of the five patients enrolled demonstrated a complete metabolic response, with minimal toxicity. While the median duration of the response, progression-free survival and overall survival endpoints have not yet been reached, the results are very promising.

“These responses are overall very impressive,” said lead author Sanaz Ghafouri, MD, a hematology/oncology fellow at the David Geffen School of Medicine at UCLA. “We are hopeful that dual targeting CD19/CD20 CARs in naïve memory T-cells will provide patients with relapsed or refractory aggressive B-cell lymphomas, that are otherwise chemotherapy-refractory, a chance at a possible cure or at the very least a lasting long-term remission.”

Patients diagnosed with relapsed or refractory B-cell lymphoma tend to have poor outcomes with second-line therapies. While CAR T cell therapy has been a game-changer for many people with this disease, recurrence is still a common phenomenon — approximately 50 percent of patients relapse by six months.

“One of the reasons CAR T cell therapy can stop working in patients is because the cancer cells escape from therapy by losing the antigen CD19, which is what the CAR T cells are engineered to target,” said Sarah Larson, MD, assistant professor of hematology/oncology at the David Geffen School of Medicine at UCLA and the principal investigator on the trial. “One way to keep the CAR T cells working is to have more than one antigen to target. So by using both CD19 and CD20, the thought is that it will be more effective and prevent the loss of the antigen, which is known as antigen escape, one of the common mechanisms of resistance.”

Each patient had their T cells (a type of white blood cells) collected intravenously then reengineered in the laboratory so the T cells can produce tumor-specific receptors (CARs), which allow the T cells to recognize and attack the CD19 and CD20 proteins on the surface of tumor cells. The new “smarter and stronger” T cells are then infused back into the patient and primed to recognize and kill cancer cells.

The engineered CARs used in the study were developed by Yvonne Chen, PhD, co-director of the UCLA Jonsson Comprehensive Cancer Center’s Tumor Immunology Program and the sponsor of the trial.

Dr. Chen, who is also part of the UCLA Eli and Edythe Broad Center of Regenerative Medicine and Stem Cell Research and a Parker Institute of Cancer Immunotherapy research member, and her team designed the CARs based on the molecular understanding of the CAR’s architecture, the antigen structure and the CAR/antigen binding interaction to achieve optimal T cell function. This design helps the T cells have dual-antigen recognition to help prevent antigen escape.

The median follow up is 13 months, with four of the patients in ongoing complete remission. The one patient who did not respond had early disease progression at day 14 after the infusion.

“The goal of the study was to determine a safe therapeutic dose,” said Dr. Ghafouri. “And we can safely say that bispecific anti-CD19/CD20 CAR in naïve/memory T-cells are safe and effective in patients with relapsed or refractory B-cell lymphomas.”

“We believe that this investigational anti-CD19/CD20 CAR product has substantial potential to become standard of care in the armamentarium of therapeutics for patients with aggressive B-cell lymphomas,” noted Dr. Larson.

While these findings are encouraging, the team notes the need to continue enrolling patients in the dose expansion phase and diversify the B-cell lymphoma disease subtypes.

The study was supported by the Parker Institute of Cancer Immunotherapy and Stephen and Jean Kaplan.

On June 21, 2018 Thomas Dunn celebrated his 60th birthday a bit differently than most. He spent the day at Ronald Reagan UCLA Medical Center receiving his first treatment for follicular lymphoma, a form of non-Hodgkin’s lymphoma that arises from B-lymphocytes.

Dunn was treated with a combination of chemotherapy and targeted therapy that successfully eliminated the cancer cells. Shortly after he finished treatment, Dunn was back at work as a successful software engineer.

In late 2019 however, a PET scan revealed the cancer had returned. This time Dunn enrolled in two different clinical trials that were designed to use his immune system to attack the cancer cells in his body. This type of therapy, known as immunotherapy, has transformed how many advanced cancers are treated. Despite the therapy’s great success, many patients do not respond to the treatment. And that was the case for Dunn. Neither of the clinical trials were successful at keeping the cancer at bay.

But Dunn’s doctors didn’t give up. They enrolled him in a new immunotherapy CAR T-cell clinical trial that just opened at UCLA that was different than the others because these CARs were designed to simultaneously recognize two targets – CD19 and CD20 – instead of just one. That way if the cancer cells lose one of the antigen targets, the engineered CAR T cells would continue to target the second one.

And this time the therapy worked.

“I honestly believe I could be dead by now if it wasn’t for this therapy,” said Dunn. “It’s such a potential game-changer for so many people. It’s truly exciting to be part of something that might transform how people with my condition are treated in the future.”

Dunn, now two months shy of his 63rd birthday, has been in remission since November 2020 and has gone back to doing what he loves best: spending time with his family, including two new grandchildren that were born in 2020.

“It’s such a blessing for me to continue to have these relationships with my grandkids that I might never have seen if it wasn’t for this clinical trial. Being able to keep on living is priceless to me and all the people in my family who I love and care about. It makes a huge difference in their lives as well as mine.”