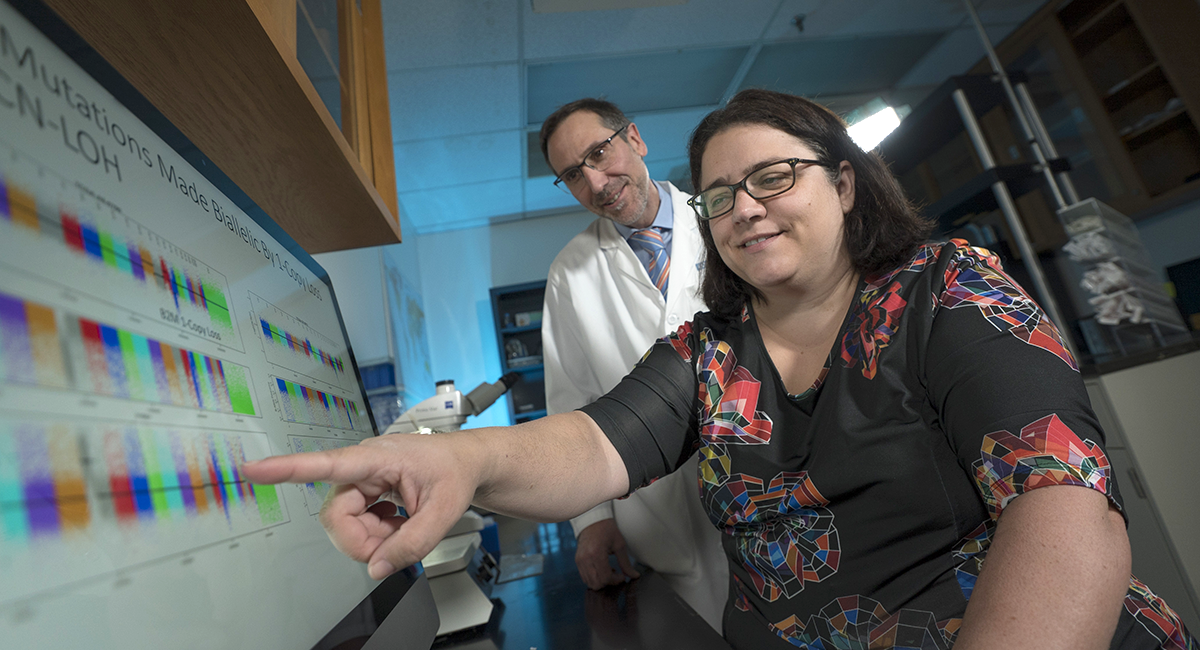 A new study by researchers at the UCLA Jonsson Comprehensive Cancer Center sheds light on how interferon-gamma (IFN-y), an immune response-stimulating signaling molecule that helps activate immune cells, guides the treatment response in people with advanced melanoma who are treated with one of the leading immunotherapies — immune checkpoint blockade.

The team pinpointed two main drivers that help the immune system efficiently attack the cancer: The magnitude of T cell infiltration of the tumor that results from the release of the immune checkpoint blockade and the corresponding downstream interferon-gamma signaling. Blocking immune checkpoints that previously limited the attack on cancer cells drives the expression of interferon-gamma signaling, which amplifies the antitumor immune response leading to the clinical responses induced by cancer immunotherapy.

“What the data shows is that immune checkpoint blockade therapy works when a preexisting immune response against the cancer can be amplified,” said senior author Dr. Antoni Ribas, professor of medicine at the David Geffen School of Medicine at UCLA and director of the Tumor Immunology Program at the UCLA Jonsson Comprehensive Cancer Center. “The cancer is blocking how the immune system attacks cancer cells by the immune checkpoints (called CTLA-4 and PD-1). And whenever we've released them, then there's an increased immune activation that depends on the strength of the T cells to produce an immune activating cytokine called interferon gamma, resulting in the activation of over 600 genes that amplify the antitumor immune response.”

BACKGROUND
Despite the groundbreaking success of immunotherapies, which harness the body’s own immune system to better attack cancer cells, only a small subset of patients benefit from the cancer therapy. Researchers continue to investigate the therapies using genomic sequencing to better understand what immune checkpoint blockade does in patients with cancer so they can overcome limitations and expand the therapy to work in more people.

METHOD
Researchers analyzed baseline and on-therapy biopsies by genomic sequencing at both the DNA and RNA level from melanoma tumors of 101 patients treated with the anti-PD-1 antibody nivolumab, or with the combination of nivolumab and the anti-CTLA-4 antibody ipilimumab, which are two cancer immunotherapy drugs. They looked at the changes from before the treatment and while on the treatment to see which genes were on or off for both patients who had a clinical response to the treatment and for patients who did not have a clinical response. This allows researchers to see how the immune response changes over time and focus on the genes that the cancer cells turn on when the immune system is productive. This turned out to be interferon-gamma response genes, and the ability to respond to interferon-gamma by turning on and off the same set of response genes was conserved in the great majority of cancer cells.

IMPACT
The findings open the door to further test interferon-gamma genes as a way to predict a response to immunotherapy and for exploring new combination treatments that induce interferon signaling that can be expanded to more patients.

JOURNAL
The study was published online in Cancer Cell.

FUNDING
The work was supported by the Parker Institute for Cancer Immunotherapy, the Cancer Research Institute-Stand Up 2 Cancer and the Melanoma Research Alliance.