Helping people with cancer leave behind a meaningful legacy 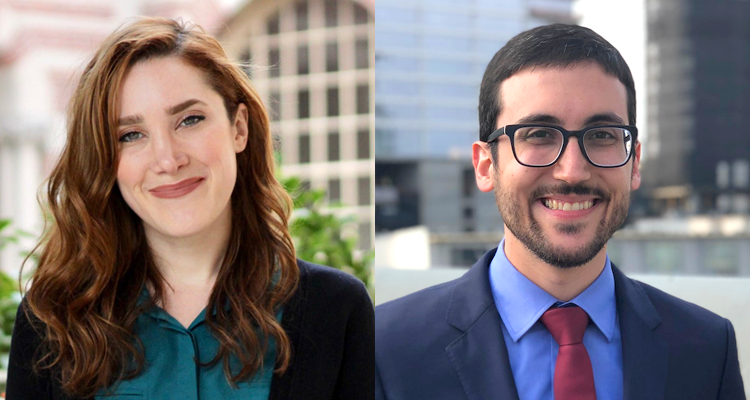 Healthcare workers at the Simms/Mann UCLA Center for Integrative Oncology often are called upon to help address the many challenges people with cancer face when diagnosed with a life-threatening illness – some of the most difficult of those challenges being end-of-life issues, existential distress and legacy making.

“When it comes to discussing one’s legacy — especially near the end of life — I’ve found that it can often lead to a lot of distress for patients,” said Sydney Siegel, a clinical oncology social worker at the Simms/Mann Center. “Deep insecurities may surface related to not living up to expectations regarding professional and financial success, interpersonal relations with loved ones and leaving a significant impact on society. Even when a patient does feel fulfilled in these areas, the word ‘legacy’ is commonly associated with death, and can therefore feel overwhelming to address.”

To help guide patients through the process, Siegel created a new program called Rippling Reflections, and was joined by psychology intern Geoffrey Corner to co-facilitate a pilot study. The program was developed to tackle questions of legacy in a way that feels safe, imaginative, exploratory, soulful, and that ultimately will lead to enhanced psychological and existential well-being.

“Legacy is often seen as something of the past,” Siegel said. “This program reframes legacy as constant, ongoing and involves, not just looking back, but also looking forward. This helps patients take an active role in creating their own legacy while deepening their appreciation of their value, their influence, their core essence, and what is most important in their lives.”

This was essential for retired attorney Deborah Kelly, 67, when she met with Siegel after her diagnosis of advanced ovarian cancer. While Kelly acknowledged the subject matter can be overwhelming, she said it was beneficial to have a professional and objective perspective when discussing some of these difficult issues.

“It was an enhanced way of looking at the longevity of your life whether you're present or not,” said Kelly, of the program. “We reflected on what kind of long-term impactful actions I had taken in my life that will continue to ripple through others, whether it's through family or friends or at work.”

While it’s often easy to see direct “ripples” from the things you do for your kids and grandchildren, Kelly was able to reflect on a moment from a decade earlier that she had nearly forgotten.

At the time, Kelly was working at the busiest domestic violence restraining order clinic in California when a woman came in to apply for a volunteer position to help interpret for Spanish-only-speaking clients.

“The first thing she said was, ‘I know you,’” said Kelly. “She then went on to say I was the one who helped her get a restraining order against her husband, who was not a good guy.”

But Kelly didn’t stop at the restraining order. She knew that wouldn’t be enough for this woman, who didn’t have any money and had a child with special needs. So she called a group of family law attorneys begging them to take the woman’s case for free, which they did. On top of the restraining order, they got her a divorce, spousal support and child support.

And then, 10 years later, with her life renewed and with purpose, safety and money, the woman wanted to volunteer as an interpreter for others in her situation.

“We were able to help tons of people at my job,” said Kelly. “Sydney helped me remember some of these generational ripples. In this instance, it went from our clinic to her, from her to her children, who now have a life. It was just astounding and I don’t think I would have remembered this without Sydney.”

Based on the pilot program’s preliminary data, which was presented at the largest national psycho-oncology conference earlier this year, Siegel and Corner found every patient who participated had a significant increase in personal meaning, as measured by the Personal Meaning Index (PMI), and a decrease of depressive symptoms. Most notably, the group’s perceptions about their legacy changed significantly as well, reporting a stronger belief that they had established a meaningful one.

While this program can be incredibly beneficial to those nearing the end of their life, the Simms/Mann team, which is part of the UCLA Jonsson Comprehensive Cancer Center, believes that legacy building can never come too early or too late in the cancer journey. Rippling Reflections is offered to all patients during all phases of their illness.

“Our hope is that we can instill a new kind of awe in our participants, one that is not outside of them, but within them,” said Siegel. “An introspective awe in which patients will finish the program feeling in awe of their lives, in awe of their legacy, in awe of their influence as humans.”