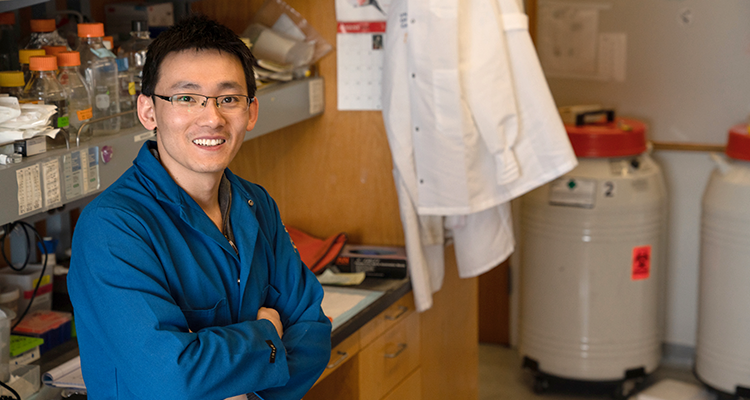 The study reveals a detailed epigenetic mechanism for how interleukin-1-beta, a common cytokine that helps fight infections during inflammation, plays a critical role in cancer metastasis. The researchers found that chronic exposure to interleukin-1-beta can promote lung cancer metastasis through inheritable changes of gene expression without altering DNA sequence. Because of these gene alterations, cancer cells can memorize this phenotype — known as epithelial-to-mesenchymal transition, an important step during cancer metastasis — to successfully reach distance organs and subsequently colonize.

BACKGROUND
Lung cancer remains the most lethal cancer type in the United States. The vast majority of people with lung cancer die from tumor reoccurrence or metastasis. Therefore, one of the biggest challenges in treating cancer is stopping it from metastasizing to other parts of the body. Scientists have known that chronic inflammation facilities tumor progression, but how this process leads to the spread of cancer is not well elucidated. Previous research has showed interleukin-1-beta is correlated with poor survival in people with non-small cell lung cancer and exposure of this cytokine prompts the expression of genes that are often involved in invasion during metastasis in multiple cancers. The UCLA team enhanced the understanding of the process by studying the role of chronic interleukin-1-beta exposure in the epithelial-to-mesenchymal transition.

METHOD
The researchers investigated the role of interleukin-1-beta in lung cancer metastasis by looking at in vitro models of lung cancer to help provide insight into the cells’ behaviors. They specifically examined whether interleukin-1-beta induced epithelial-to-mesenchymal transition in lung cancer cells. The team detailed the mechanism by analyzing the different cell lines to see if there were cellular signaling and protein interactions that would lead to the epithelial-to-mesenchymal transition phenotype. About 30% of the cell lines showed signaling of the memory phenotype, confirming that the mechanism is one of pathways that promote cancer metastasis.

IMPACT
The study furthers researchers’ understanding of the role of interleukin-1-beta-induced chronic inflammation in tumor progressions and metastasis, which can potentially contribute to the improvement of both the prevention and treatment of lung cancer.

FUNDING
The research was supported by the National Cancer Institute, Stand Up to Cancer and Medical Research Funds from the Department of Veteran Affairs.