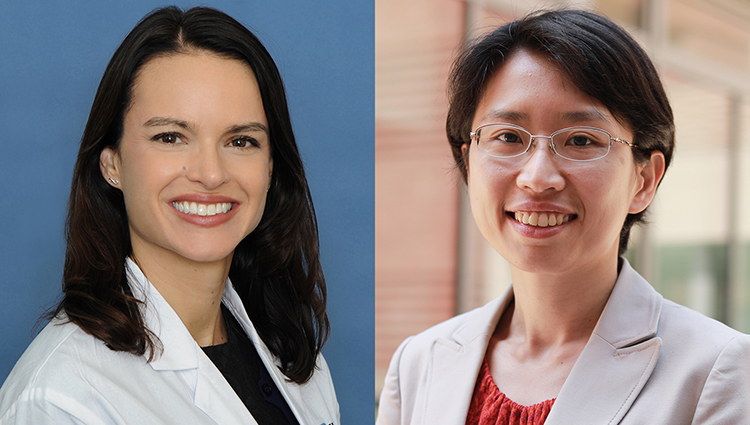 The field of immunotherapy has revolutionized the way people with incurable cancers are treated, saving the lives of many people whose disease would have otherwise been seen as a death sentence. Despite its success in treating people with deadly forms of leukemia and lymphoma, there are still many people who do not benefit from the treatment or eventually experience a relapse of their cancer. Researchers from the UCLA Jonsson Comprehensive Cancer Center are actively trying to develop new ways to make this therapy work better for more people.

This month, the UCLA Jonsson Cancer Center has launched a pioneering chimeric antigen receptor (CAR) T cell immunotherapy trial that will attack cancer cells by simultaneously recognizing two targets – CD19 and CD20 – that are expressed on B-cell lymphoma and leukemia. By launching a bilateral attack instead of using the conventional single-target approach, researchers are hoping to minimize resistance and increase the life expectancy for people diagnosed with these cancers.

“One of the reasons CAR T cell therapy can stop working in patients is because the cancer cells escape from therapy by losing the antigen CD19, which is what the CAR T cells are engineered to target,” said Sarah Larson, MD, a health sciences clinical instructor in hematology/oncology at UCLA Health and the principle investigator on the trial. “One way to keep the CAR T cells working is to have more than one antigen to target. So by using both CD19 and CD20, the thought is that it will be more effective and prevent the loss of the antigen, which is known as antigen escape, one of the common mechanisms of resistance.”

Up to two-thirds of the patients who experience relapse after being treated with the FDA-approved CD19 CAR T cell therapy develop tumors that have lost CD19 expression. UCLA researchers are identifying and testing new strategies like this one so many more patients can benefit from the therapy.

In preclinical studies led by Yvonne Chen, PhD, an associate professor of microbiology, immunology, and molecular genetics at UCLA and the sponsor of the trial, the team was able to show that by simultaneously attacking two targets, the engineered T cells developed in her lab could achieve a much more robust defense compared to conventional, single-target CAR T cells against tumors in mice.

Chen’s team designed the CARs based on the molecular understanding of the CAR’s architecture, the antigen structure and the CAR/antigen binding interaction to achieve optimal T cell function. This design helps the T cells have dual-antigen recognition to help prevent antigen escape.

“Based on these results, we're quite optimistic that the bispecific CAR can achieve therapeutic improvement over the single-input CD19 CAR that's currently available,” said Chen, who is also the co-director of the Jonsson Cancer Center’s Tumor Immunology Program and a member of the UCLA Eli and Edythe Broad Center of Regenerative Medicine and Stem Cell Research.

This first-in-humans study will evaluate the therapy in patients with non-Hodgkin's B-cell lymphoma or chronic lymphocytic leukemia that has come back or has not responded to treatment. The goal is to determine a safe therapeutic dose.

Patients enrolled in the trial will have their white blood cells (T cells) collected intravenously then reengineered in the laboratory so the T cells can produce tumor-specific receptors (CARs), which allow the T cells to recognize and attack the CD19 and CD20 proteins on the surface of tumor cells. The new “smarter and stronger” T cells are then infused back into the patient and primed to recognize and kill cancer cells.

The CAR T cells used for this trial were designed at UCLA in Chen’s laboratory. The trial is currently only offered at UCLA.

“While CAR T cells are exciting and benefit many people, the majority of patients are not cured,” said Josh Sasine, MD, PhD, who is the director of the CAR T cell program. “UCLA is committed to advancing CAR T technology for the benefit of people with cancer.”

The clinical trial is funded in collaboration with the UCLA Jonsson Comprehensive Cancer Center, the National Institutes of Health and the Parker Institute for Cancer Immunotherapy.

To learn more about this clinical trial, visit its page at clinicaltrials.gov. If you think you might be eligible to enroll, email BHabtemariam@mednet.ucla.edu.