Overlooked molecule may play a role in cancer cell spreading 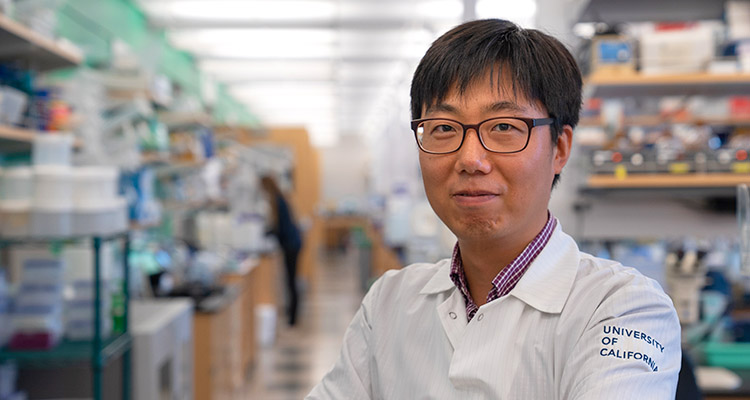 UCLA researchers have discovered a new molecular player in cell invasion. A previously overlooked molecule, a short form of the protein RECK, has been found to be essential for the migration of cells. The long, canonical form of RECK inhibits invasion through tissue and is a tumor suppressor. This study shows that while the long form of the RECK molecule can inhibit cancer growth, other forms of RECK may actually promote tumor invasion.

BACKGROUND
Cell migration, how cells move and invade into surrounding tissue, is important for understanding what drives cancer cells to spread. Although there has been a large amount of research describing different mechanisms for cell movement, there have been few investigations of the contribution of RECK isoforms besides the canonical isoform.

METHODS
To understand the role of short RECK isoforms in cancer progression, researchers analyzed publicly available datasets of tissue samples from cancer patients and controls. The team observed more transcripts associated with short RECK isoforms and fewer transcripts associated with long RECK isoforms in many different types of cancer tissue than normal tissue biopsies from the same site. When the researchers looked more carefully at breast cancer, they found that the most aggressive breast cancer type, the basal type, had the highest ratio of short to long RECK.

The researchers then demonstrated, based on shRNA-mediated knockdown, that short RECK is important for cell invasion. This was especially surprising given that previous studies and their own data show that the canonical RECK isoform is a migration inhibitor. Using cell biological and biochemical methods, the authors showed that the protein encoded by the short RECK isoform binds to the canonical long RECK protein and prevents it from performing its main function, binding to and inhibiting the activity of matrix-degrading enzymes.

IMPACT
The study found that the short RECK isoform is essential for cell migration. These findings may lead to a new understanding of how cancers metastasize, and how cancer metastasis can potentially be halted.

“We know that canonical RECK is important for tumor progression,” said senior author Hilary Coller, Associate Professor of Molecular, Cellular and Developmental Biology and a member of the UCLA Jonsson Comprehensive Cancer Center. “If there is another molecule that regulates RECK that people didn't know before, then, in my opinion, this new molecule could ultimately prove important for cancer progression as well.”

JOURNAL
The research is published online in Molecular Biology of the Cell.