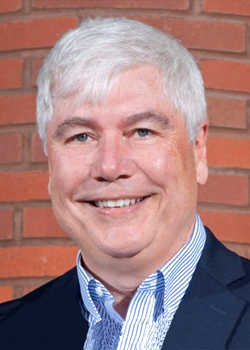 Dr. Michael Carey’s research focuses on the study of biochemical mechanisms of gene activation and silencing. In 1990, his lab established biochemical systems for the study of gene regulation based on a model transcriptional activator termed GAL4-VP16. Using that system, he established a mechanism by which genes are controlled synergistically by upstream activators, with synergy a key principle in gene regulation and the underlining of combinatorial control of gene transcription. Over the course of the decade, Carey's lab further identified that synergy is first manifested during assembly of transcription preinitiation complexes (PICs), and that the assembly of a co-activator complex (termed DAMed) is the key step influenced by activators.

Carey’s current research is focused on the biochemistry of transcription on chromatin templates. His lab recently showed how the protein p300 coordinates chromatin modification with assembly of the DAMed complex and then the PIC. Carey also demonstrated how the proteins HP1 and PRC1 silence transcription by selectively affecting key components of the DAMed complex. Most recently, Carey’s lab recreated the effects of histone methylation on gene activation and silencing in vitro, and applied gene regulation principles to co-develop transcription-based imaging systems for cancer.